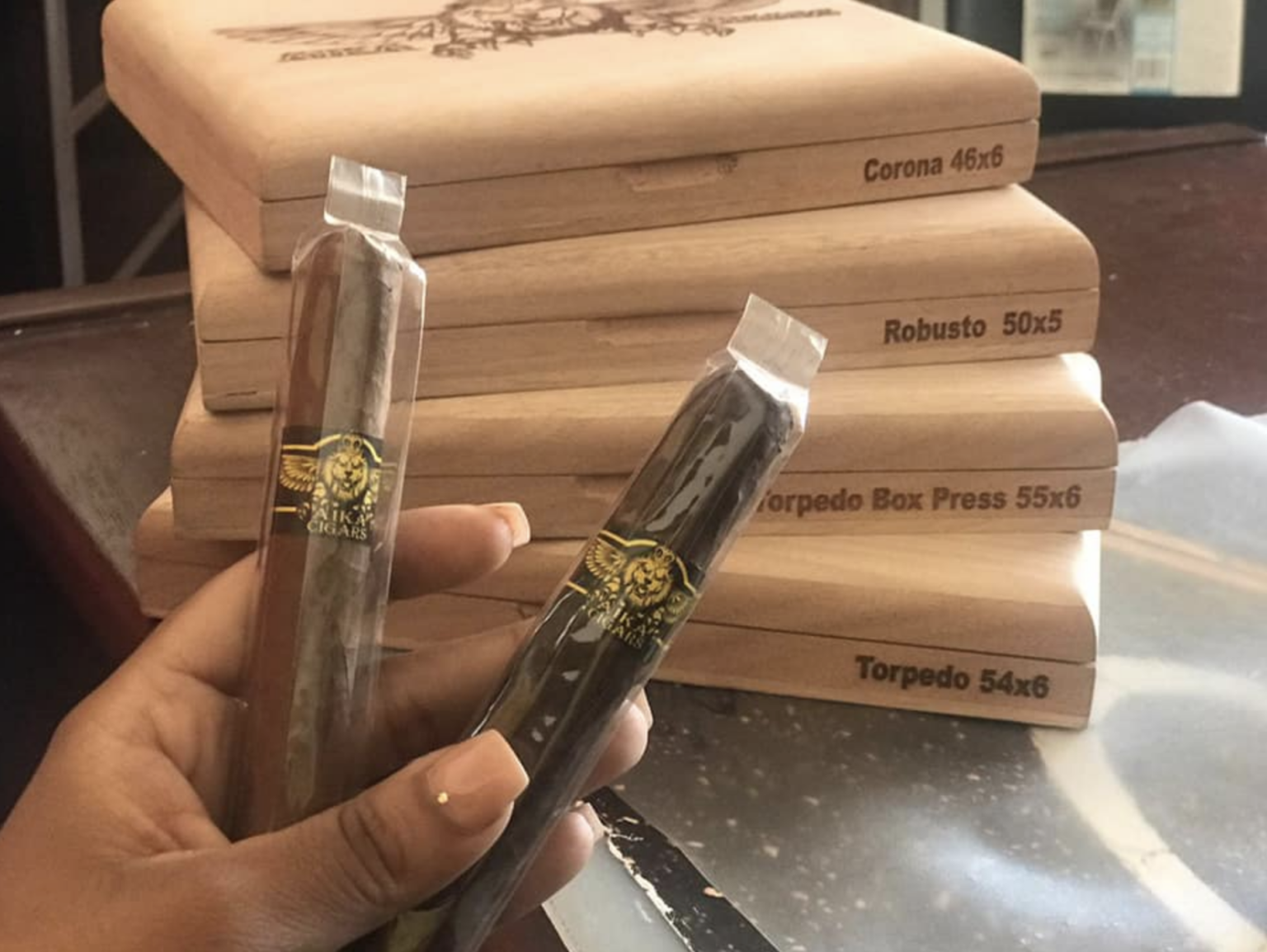 Dominican Cigars: According to global market statistics, The Dominican Republic is the largest producer and exporter of cigars world wide by quite a margin. When I first came to The Dominican Republic many years ago, the thought of smoking cigars wasn’t overly appealing to me. Yet over time I’ve come to really enjoy a fine hand rolled Dominican cigar, particularly when combined with a fine aged Dominican rum. Don’t ask me why, it’s just a truly magical moment, a time to relax, reflect and to delve deep into the inner peace within. Perhaps it’s the taste and flavor of something that has been lovingly and carefully created, skills and knowledge that have been handed down for generations. Maybe it’s the taste of the rich countryside and the leaves that have been carefully grown, nurtured and selected. Maybe it’s a sense of culture, history and fine tradition. Whatever it is, it’s a special moment and one to embrace and savor, particularly among the right company and in the right place.

Tobacco has been around for a long time, estimates go back as far as 8,000 years and is native to north and south America. It has been used as a medicine, in religious ceremonies, as a relaxant, it been used to help fund revolutions, as a cure all, for dressing for wounds, and as a form of currency. Tobacco was seen as a sacred plant for the indigenous people of the Americas, more notably the Taino people who once graced this beautiful island. Of course all that changed when Columbus turned up in 1492, and so began the official documentation of tobacco smoking and the subsequent exportation of tobacco to Europe in the early 1500’s. The cure all, smoking, chewing, drinking properties of tobacco soon became widely known and with increasing demands for products such as sugar, coffee, spices and minerals saw the demise and exploitation not only of the indigenous tribes, but of enslaved African people.

An argument or debate still ongoing today has yet to determine outright which country produces the finest cigars, some say Cuban, others say Dominican. One thing is for sure, after the Cuban Revolution of 1959 when a Untied States embargo banned the importation of Cuban cigars, a certain mystique surrounded a fine Cuban Cohiba cigar, that and the shadowy figure of Fidel Castro, always cigar in hand and without doubt a true aficionado. These embargo’s still exist to this day.

Such political sanctions only enhanced the production of Dominican cigars and many growers and producers established The Dominican Republic as their base from which to take advantage of the huge expanses of fertile lands along with the perfect growing conditions for producing tobacco which is an extremely temperamental crop to harvest at the best of times.

What goes into Making a Good Dominican Cigar

First of all, many years of experience in growing the right strains of tobacco in the right environment, the best conditions and under the watchful eye and loving care of true professionals, the knowledge and secrets of which have been passed down from generation to generation. A good cigar is made of three key components. But before a wold class cigar is rolled, the leaves are fermented, aged and stored in optimum conditions which are meticulously adhered to. The first component is the filler, which is a fine blend of quality leaves that must be rolled exactly to provide the correct burn rate, which must be consistent throughout the whole process of smoking the cigar. Equally important is the binder which keeps the whole of the cigar together and is responsible for the shaping of the cigar. And last but not least, and the pièce de résistance, the wrapper. The wrapper must be of absolutely premium quality, smooth and free of veins, this completes the process, adds flavor and contributes greatly the the smooth even burn world class cigars are renown for.

How can I tell a good cigar from a bad one?

If your looking for a good cigar, the first thing to do is to find a reputable vendor, and someone who truly knows what a good cigar is. You should have an idea of the flavor you want, i.e. something more mild, or something a little stronger which can often be determined by the color of a cigar. Generally the darker a cigar is in color, the stronger the taste and flavor. You should also be aware of imitations, remember, good cigars aren’t cheap, so if you don’t quite know what you’re looking for, you could be easily fooled. A good cigar should be perfectly balanced, have a good shape and color, have perfect combustibility, texture, flavor, elasticity, and the right amount of oils and nicotine to make the deal complete.

A good cigar should have a good draw, if it’s packed too tightly it will be what’s known as a tough draw and difficult to smoke. A loosely packed cigar will give you a loose draw, probably not burn evenly and leave you with a hot sensation and taste rather than a smooth one.

A good cigar should give you an even burn but to get an even burn, it’s important to light the cigar thoroughly and evenly, rotating the cigar in your fingers to ensure that the flame catches the end of the cigar in even proportions. You really can tell the quality of a cigar by the way it burns slowly and evenly. An uneven burn on a cigar is a little like wearing flared trousers, or socks with flip flops. Sorry if that’s your thing.

A good cigar will comfortably accumulate an inch of ash as it burns down, once again it’s so cool to see and appreciate, not least to respect the skills of the person that hand rolled it and the years of experience it took to develop such craftsmanship. When you flick the ash you should be left with a conical shaped ember. The flavor and burn should be consistent right to the end.

You don’t have to pay a fortune for a good cigar, prices range from about U$5.00 to U$40.00, although you can also pay upwards of U$30,000 for a box of Arturo Fuente cigars. A good place to start is around the U$8-U$15 range, but once again, make sure you get someone you trust to steer you in the right direction. For those of you who simply can’t wait, click here.

Ironically, tobacco is shunned by society today, smokers are often treated as outcasts, which is not good if you’re a cigar smoker, as a good cigar can be enjoyed for up to two hours. It’s definitely not something to be enjoyed at a bus stop in the pouring rain, you probably can’t even do that any more. Thankfully, due to the beautiful climate and outdoor nature of life here in the Caribbean, you’ll find an abundance of cigar aficionado’s and an abundance of those perfect moments and places in which to enjoy them.